An end of project celebration

Follow Project Officer Liz Bunney for updates on our newest nature reserve, Hardwick Green Meadows. Thanks to all our supporters & funders for making it possible.

Liz looks back at the project and bids farewell

As I write this, my final Hardwick Green Meadows blog, things are very different from what we had all planned. We were meant to have a lovely celebratory event last Friday to thank all the interviewees who so generously provided us with their wonderful memories and who made the oral history element of the project such a huge success. We would have heard from a few people who have been closely involved with different aspects of the project, listened to some interview snippets, seen lots of photographs of Hardwick Green Meadows over the years and through the seasons, shared some lunch and taken part in a light-hearted quiz. We hoped that a few children would enact a scene from ‘Where the Meadows Flower’ (see below for the script).

Unfortunately the Coronavirus outbreak has put a stop to all gatherings and we have all been asked to stay at home. This is rather an anti-climax for the end of the project but obviously it is vital that we heed Government advice in order to keep everyone safe and reduce its spread.

I have been Project Officer for the project’s final year so, unfortunately, I was not involved in the oral history interviews and training that happened during the first year. However, it was a fantastic project for me to be working on during its second year. One of my personal highlights was a day at Hardwick Green Meadows with Hardwick Green Meadows volunteer warden, Chris Greensmith, whose interest, knowledge, enthusiasm and commitment to the site are boundless. He has been recording water levels at the site weekly since early 2017 as a way of monitoring the site’s eco-hydrology.

Another highlight was the event we held in October 2019. We invited local people, farmers and landowners to learn about floodplain meadows with Emma Rothero (Floodplain Meadows Partnership) and discuss the plight of curlews with Mike Smart from the Wildfowl and Wetland Trust’s Slimbridge Severn Curlew Project and Ian Duncan from the Worcester Curlew Group.  Whilst it was depressing to hear how low curlew numbers have become in recent years, it was heartening that there was an energy and commitment from landowners to join forces and take positive action to manage their land to benefit curlew. 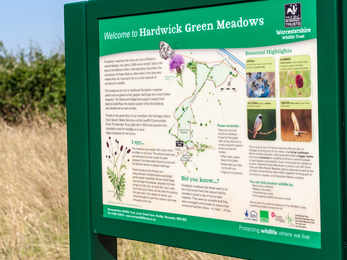 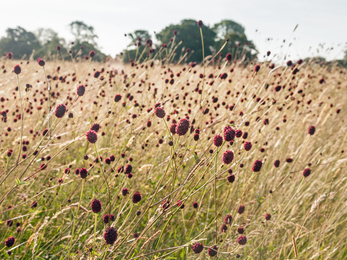 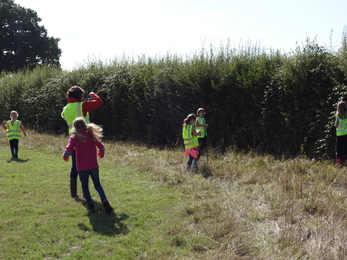 Although I cannot claim credit for the original work done in partnership with Sustrans to pave the way for a new circular cycle route encompassing nine of Worcestershire Wildlife Trust’s nature reserves (including Hardwick Green Meadows), another of my highlights was finishing it off! There is now a beautiful leaflet to guide you along the 34 mile route that will be available later this year and will be available to download and from all the pubs along the route as well as from Clive’s Fruit Farm near Upton upon Severn. It is a beautiful route, do try and get out on your bike to enjoy it when you're able to.

We have also produced a booklet ‘Forgotten Floodplains – Meadows Remembered’ . We will soon be sending these out to everyone who has taken part in the project.  Please contact us if you would like a copy. It includes a CD featuring many of the interviews that were recorded. There are full versions of all the oral histories at The Hive in Worcester and further extracts from the interviews in our blogs. There are two fascinating documents looking at the history and hydrology of this beautiful place for you to read below.

I cannot thank enough the volunteers, staff and all who I have worked with over the last 13 months for all their patience (I’m not good with IT), advice, encouragement and good humour. It has been a real pleasure to work with you all!  I’m sorry I never had the chance to thank you all personally for your contribution to this project during this period of social distancing.

This fantastic project achieved so much over its two years - here are some of the highlights...

Cycling the Meadows of the Malvern Chase

Introducing a new way to visit our nature reserves – on two wheels!

The experience of interviewing

One of our oral history volunteers celebrates the joys of recording memories...